I Found My White Rabbit in the Spring

Spring: The little girl wears the blossom dress in the spring. She loses her dress between the blossom but she sees her white rabbit is coming to her.

Winter: The little girl has a white rabbit. In the winter when snow falls, the white rabbit is lost in the white winter. But little girl finds her yellow canary, then she lets her free and tells her to go anywhere she likes.

Spring: Spring comes back and the little girl wears her blossom dress and runs toward outside. She finds her little white rabbit in the green spring and lets her free. 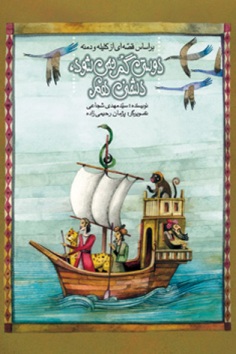 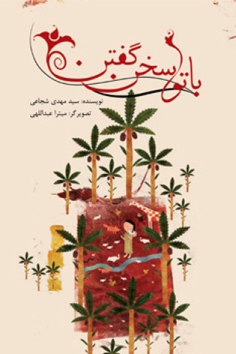 This is the story of a little boy who is the only survivor of a voyaging ship which was wrecked during a storm at sea. He who is seriously traumatized and very frightened find himself in a small, small island. But before he feels lonely, an old Palm tree comforts him and asks all the animals and the trees on the island to be kind and friendly to him. The kind old Palm Tree named this boy Khoda-dad means god– given boy!

Khoda-dad grows up and he starts asking a lot of questions from the old Palm Tree, he asks about the Creation and the Creator: Who has created days and nights, the trees and plants, the animals and the birds… all he receives as an answer is: Mighty God !

Khoda-dad asks the old Palm Tree how we can thank God for all he has given us, the Palm Tree answers that every creature thanks God on its own special way: we appreciate Him by giving fruits and shadows to provide other creature something to eat and a nice and cool resting spot to rest…

Khoda- dad says but this is not a good way to thank God for me as a Human, he leaves the old Palm Tree to go and find out how other creatures thank God! On his way he finds many amazing things, until he comes to an old man…